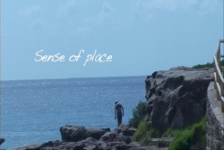 This was a deliverable for the subject ‘Film/Video1’, part of my Masters degree. The instructions were to work as part of a small team (3 people) and capture the sense of a place using video footage and recorded sound.

The audio and video footage was recorded in one afternoon at Manly beach.

I was involved in the recording of video and audio and responsible for the video editing and post-production.

This was my first video project